What Philadelphia Flyers Need to do in the Offseason 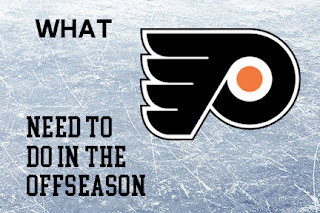 Before the 2022 draft, a few trades are made

This is a good trade for both teams because the Canucks get rid of Conor Garland's contract while, while adding a legit top 6 forward in Cam Atkinson; for the Flyers, they get two solid prospects in Michael DiPietro and Danila Klimovich, and a potential 1st round pick alongside Conor Garland in the deal.

The Hurricanes are likely going to lose Nino Niederreiter in free agency, this would be an affordable price for a solid top 6 forward; for the Flyers, they get two good prospects in Jack Drury and Ryan Suzuki and a 2nd round pick, which can become a 1st round pick.

Travis Sanheim and Scott Laughton are traded to the Seattle Kraken for three 2022 2nd-round picks.

This is an excellent trade for the Seattle Kraken, who immediately improve their team with two NHL-caliber players for three draft picks; for Philly, they get three 2nd round picks, which will give them the opportunity to improve their prospect pool.

James Van Riemsdyk is traded to the Anaheim Ducks for 3rd round pick '23, conditional 2023 2nd round pick.

Since the Flyers are going through a youth movement of sorts, it makes sense to move JVR for what they can. For the Ducks, it is a good veteran player to be adding to young team that lacks veteran presence after the retirement of Getzlaf.

Philadelphia Flyers add 2 Centers, 3 wingers, and 4 defensemen, going for a balanced draft, and improving the team's prospect pool in the process.

With the moves made here, the Flyers are now in postion to be in the lottery again next year and at the same time set themselves up very well for right now.