What Buffalo Sabres need to do in the Offseason

The Buffalo Sabres showed steps of improvement this season, but they are still far from being a playoff team especially in a tough Atlantic division. If Buffalo wants to be competitive in their division, they will need to improve their roster drastically in both the draft and in free agency. This is what I would do if I were GM of the Buffalo Sabres. 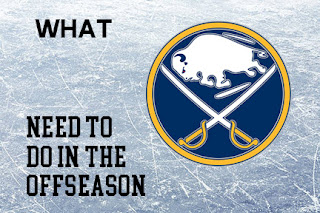 Before the 2022 Draft, two trades are made

The Golden Knights are in win-now mode but they don't have much cap left and they need to dump both Dadonov and Brossoit's contracts, so for them to be able to get Olofsson in this deal is an added bonus. For Buffalo, they are banking on Dadonov having a bounceback season, Brendan Brisson to be a solid prospect down the road, and the scouts to draft someone to help the team in the 2nd round.

The Sabres also trade Colin Miller, Vinnie Hinostroza to the Washington Capitals for a 2022 6th round pick and a 2023 7th round pick.

The Buffalo Sabres draft 2 centers, 2 Left-wingers, 2 right-wingers, 3 defensemen and 2 goalies in the 2022 draft to boost their prospect pool. 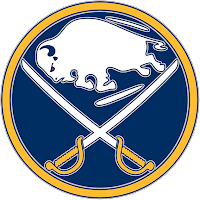 With the moves made here, the Buffalo Sabres have not only made themselves better for next season, but for the next decade.