Nick Schmaltz only put up 7 G and 25 points in 40 games in the 2018-19 season;
he already has 4 G and 13 pts in 14 games so far this season.
Nick Schmaltz has been one of the best Arizona Coyotes this season is on track for a bounceback year.

JT Miller had a subpar year last season, putting up only 13 G and 47 points in 75 games;
so far this season, JT Miller has 6 G and 15 points in 14 games.
JT Miller is a perfect fit on the line with Elias Pettersson and Brock Boeser and is off to a great start in Vancouver.

James Neal was acquired by the Edmonton Oilers in a trade with the Calgary Flames for Milan Lucic in the offseason in what was essentially a cap dump for both teams
Neal was in and out of the lineup with the Flames last year and only had 7 Goals and 19 points the entire season;
So far this season, Neal has 11 Goals, with 8 of them being on the PP.
Playing alongside Superstars like Connor McDavid and Leon Draisaitl on the PP in Edmonton will ensure that James Neal will have at least 30 Goals this season.

Sami Vatanen struggled with injuries last season; he only put up 4 Goals, 17 points and was a -17 in 50 GP.
Vatanen has gotten off to a great start to the season, putting up 4 Goals and 7 points in 12 GP;
Vatanen plays on the Devils' 1st PP unit, so for that reason he should continue to have good fantasy value.

Justin Schultz only played in 29 games due to injury last season, so he didn't have much fantasy impact.
With the injuries the Penguins have had early in the season, Schultz has gotten time on the Penguins 1st PP
and his fantasy value will go up with due to Kris Letang miss an extended period of time. 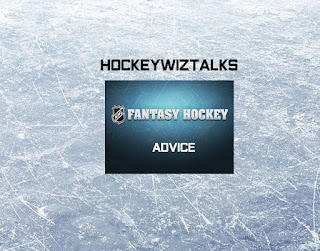