The Western Conference Playoffs picture has changed since my podcast was earlier released on Friday. 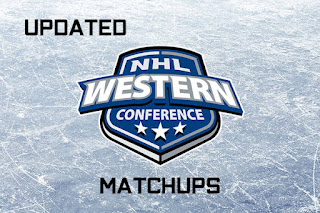 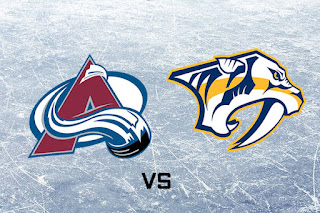 The Colorado Avalanche faced the Nashville Predators 4 times in the regular season, but they only managed to win 1 game against the Predators. It's a good thing that Colorado has home-ice advantage because the Avs have allowed an average of 5 goals against on the road in the season series with Nashville.

Colorado faced Nashville 6 times in the playoffs, but they have lost 4 times to them in the postseason. Even though Colorado is going to be heavily favored in this series, Nashville could surprise some people with how well they play Colorado.

Colorado is on a mission this year to win the Stanley Cup, and are one of the favorites to achieve this feat. Colorado has a high-powered offense and has defenseman who can jump into the play and contribute offensively. The Predators will give the Avalanche quite a challenge because they play physically and aren't afraid to mix it up with the Avs' star players. Darcy Kuemper was good in the regular season but has not been proven yet in the playoffs, so that is one concern the Avs could have in the playoffs.

Nashville is a really good team on paper and doesn't have many weaknesses in their lineup. The issue with Nashville has been their inconsistency with their goal-scoring, as they have many streaky scorers in their lineup. If Nashville is to win this series, they need to play physically and try to neutralize the speed of their superstars. Unfortunately for Nashville, they could be playing without their star goalie Juuse Saros in this series, and if they don't have Saros in net, they have no chance to win this series.

COL wins if the Avalanche gets balanced scoring from the top 9, plays good defense, and Darcy Kuemper plays well.

NSH wins if they get scoring for all four lines, the Defense chip in offensively, and David Rittich plays out of his mind in the net. 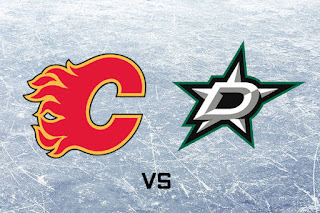 The Calgary Flames faced the Dallas Stars 3 times in the regular season and won 2 out of the 3 games. The interesting thing about the season series between these two teams is that Dallas played much better on the road than at home against Calgary.

Dallas faced Calgary 12 times in the playoffs and has won the series 8 times. This matchup could actually be one of the matchups that result in an upset because Dallas seems to have Calgary's record in the playoffs.

This will be a big series for the Stars of the Calgary Flames, such as Johnny Gaudreau, Elias Lindholm, and Matthew Tkachuk, but fortunately for them, they have a much stronger supporting cast this season, which should help them in the playoffs. Jacob Markstrom has been stellar in net all season long, he needs to be a rock in net, in order for Calgary to make it past Nashville.

Dallas is the most confusing team in the NHL; they can struggle to beat teams like Arizona and Seattle, but then they can beat Calgary. The Stars can roll all four lines and have a good top 4, as well as a up and coming stud goalie in Jake Oettinger.

Despite all the positives on this team, there are also many weaknesses on this team that might cost them in a series against the best team in the western conference.

DAL wins if the Stars get consistent scoring from all four lines, play great defense, and Jake Oettinger stands on his head.

Check out the Full Podcast here: