What Ottawa Senators should do in the Offseason

The Ottawa Senators have been rebuilding for a few years now, and that trend will continue this offseason, as they try to build a contending team through the draft. In addition, they will also be adding some key free agents as well. This is what the Ottawa Senators should do in the offseason. 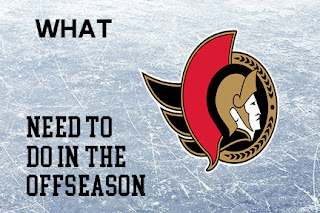 Before the 2022 Draft, Ottawa Senators make a few trades are made

The Lightning needs to move some salaries, and Alex Killorn is one of their cap casualties. For Ottawa, they will be getting a solid veteran forward who will help mentor their young players.

The Senators trade away Gaudette and Mete for two draft picks, so they can clear roster spots that could be better used on other players.

The Senators trade two top 6 defensemen to the Blue Jackets for Liam Foudy, who could fit well as their fourth-line center and a 3rd round pick.

Ottawa Senators draft 3 Centers, 3 Wingers, 5 Defenseman, and 1 goalie in the 2022 Draft to add to their already stacked prospect pool.

This is how the Ottawa Senators' lineup looks like next season

If the Ottawa Senators make the right moves, they could assembled a team that has potential to make a push for the playoffs next season.