The Detroit Red Wings have had a terrific start to the season with a 4-2 record, thanks to the arrival of young studs such as Lucas Raymond and Moritz Seider, who have added lots of skill and talent to the lineup. 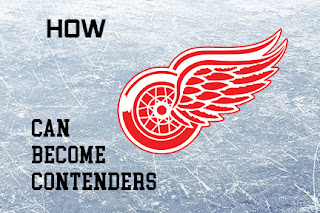 1. Traded for and Re-signed Alex Nedeljkovic

The biggest weakness for the Detroit Red Wings was goaltending, so they went out and traded for Alex Nedeljkovic, who was in a contract dispute with the Carolina Hurricanes. Then subsequently, re-signed Nedeljkovic to a 2 yr deal worth 3.5 million per season. Nedeljkovic will tandem with Thomas Greiss and should form a solid tandem in net.

The Red Wings also acquired Nick Leddy from the New York Islanders. This trade helps the Red Wings take that next step forward, as Leddy is an veteran defenseman, with playoff experience, and he should help mentor the young defenseman in Detroit.

After a bit of a contract dispute, the Detroit Red Wings agreed on a 4 yr extension worth 5.25 million per season with Jakub Vrana. Jakub Vrana is an ultra-talented winger, but can struggle at times with his consistency; regardless, he should be a big part of the core. Filip Hronek was re-signed to a 3 yr deal worth 4.4 million per season. Hronek is already a good top 4 defenseman, and will only improve.

Besides Vrana and Hronek, the Red Wings also re-signed veteran defenseman, Marc Staal, Michael Rasmussen, and Adam Erne. Marc Staal is still a solid veteran Defenseman, and both Rasmussen and Erne will be an important part of their depth.

The Detroit Red Wings should make a trade to improve the team:

Calle Jarnkrok and Mason Appleton will help strengthen the depth on the Red Wings, while Seattle get two players to fill out the lineup and a 3rd round pick.

This is how the Red Wings lineup looks like after the trade: 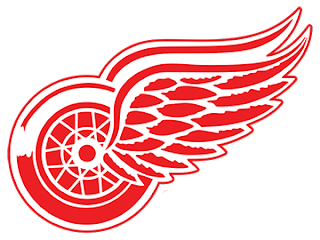 The Detroit Red Wings could definitely make the playoffs with the additions of Jarnkrok and Appleton, and the development of young stars.

Why Vancouver Canucks ARE NOT Contenders

The Vancouver Canucks had some lofty expectations heading into this season, but so far they have not lived up to those expectations. It is still early in the season, but by looking at the roster, they don't seem like a contending team. 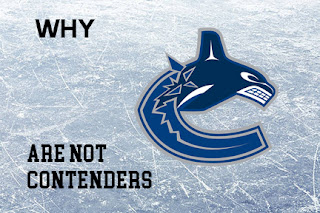 6. Locked up Pettersson and Hughes

Vancouver Canucks retooled their lineup quite a bit in the offseason to the point where the team looks quite different than last year.

The Cancuks started off the offseason by buying out Braden Holtby and Jake Virtanen, both these players never really worked out on the team.

The Biggest splash the Canucks made was acquiring Oliver Ekman Larsson and Conor Garland from the Arizona Coyotes; although the price tag was hefty, the move improves the team drastically for the immediate future. Conor Garland was subsequently re-signed to a 5 yr deal worth 4.95 million per season.

The Canucks also made a minor trade for Jason Dickison, who is a versatile forward that can slide up and down the lineup.

With the current roster the Canucks have, they won't be good enough to make the playoffs, so they should make a trade to improve their depth:

This is how the lineup looks like after the trade: 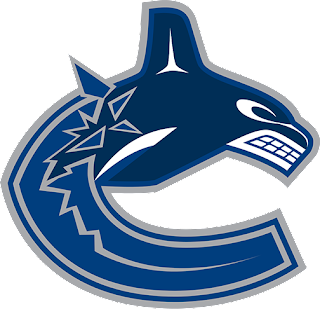 The Vancouver Canucks have an improved team but they still may not be good enough to make the playoffs.

The Minnesota Wild had a great season last year, but a major reason for that is the cause of the division they played in. Minnesota will be back in the Central Division this season, and will be fighting for a playoff spot with the likes of Chicago, St.Louis, Nashville, Dallas, and Winnipeg. Because of this, the Wild may struggle to make the playoffs this season. 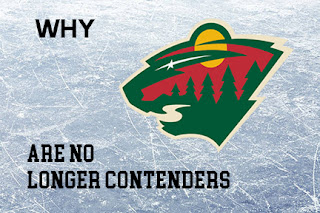 Key moves made in the Offseason:

Coming into this offseason, it was no secret that the Minnesota Wild need to create cap room in order to sign some of their key RFAs like Kirill Kaprizov, Joel Eriksson Ek and Kevin Fiala. To nobody's surprise, the Wild bought out Zach Parise's contract, but shockingly, they also bought out the contract of his Ryan Suter. The departure of Parise and Suter, that marks the start of a new chapter in Minnesota, as the Wild through a youth movement.

The Defense not only lost Ryan Suter, but they also lost two other key defensemen in Carson Soucy and Ian Cole; To fill the voids on defense, they signed Alex Goligoski, Dmitry Kulikov, Jordie Benn, Jon Merrill in Free Agency. In my opinion, the defense is much worse this year than it was last year.

Kirill Kaprizov was in the center of attention most of this offseason due to his contract negotiations with the Wild; at first, it seemed like the two sides were at a stalemate, but the two sides ultimately agreed on a 5 yr deal worth 9 million annually.

Joel Eriksson Ek was an underrated signing for the Wild; they were able to lock him up for 8 years at 5.25 million per season. Eriksson Ek has been one of the more underrated players in the league, and this contract will look like a steal in a few years. Kevin Fiala will be back for at least 1 more year, and this might be his make or break year to score a big contract.

Overall, the Wild had a decent offseason, but the team doesn't seem as good as it did last year unless some of their young players like Marco Rossi and Matthew Boldy take a jump in their development.

In order for the Wild to be contenders, they need to beef up their defense:

The Wild add a veteran defenseman in Colin Miller to help boast the depth on the blueline.

The Wild also needs to add a 2nd line center.

The Wild get Dylan Strome to center the 2nd line to play alongside Kevin Fiala; this allows Marco Rossi to develop in the minors for a year.

This is how the Minnesota Wild Lineup looks like after the trade: 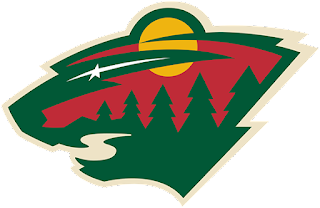 This now looks like a contending team that could make some noise in the Central Division.

Why Carolina Hurricanes are NO Longer Contenders

The Carolina Hurricanes may no longer be legitimate contenders this year after a rough offseason. This should not be a surprise when you lose your top defenseman, trade away an up-and-coming young defenseman, and then overpay for Jesperi Kotkaniemi. 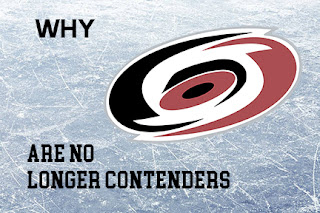 Here are the major moves the Carolina Hurricanes made in the offseason:

While the Hurricane didn't have a terrible offseason, they lost their best defenseman to a division rival, yet didn't really didn't do enough to replace him. Tony DeAngelo may be a good offensive defenseman, but he is by no means the number 1 defenseman that Dougie Hamilton was.

Their goaltending took a step back because they lowballed Nedeljkovic and then traded him for chump change. While Fredrick Andersen and Antti Raanta will do a fine job in goal for the next 2 years, the Hurricanes no longer have a goalie of the future.

The Ethan Bear for Warren Foegele trade was a good one for the Hurricanes; I think Ethan Bear could potentially flourish being paired with Ian Cole.

The Jesperi Kotkaniemi offer sheet was made as a revenge move for the Sebastian Aho offer sheet Montreal had made 2 years ago. The big difference is that Aho was worth that offer sheet, while Kotkaniemi was grossly overpaid for the performance he had in the first 3 years in the NHL.

Locking up Andrei Svechnikov to an 8yr/$62 million contract was an excellent move because he gets better every year.

What they need to do to improve the team:

Looking at the Hurricanes roster right now, they are a borderline playoff team, given the division they play in. If they want to become a legit contender again, they need to improve the defense at the deadline.

The Hurricanes add Josh Manson, a physical, veteran presence on the blue line, while the Ducks get Ethan Bear and a conditional pick.

This is how the Carolina Hurricanes lineup looks like after the trade: 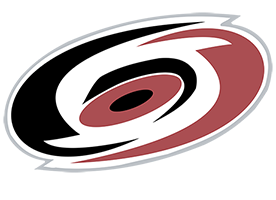 Looking at the Roster, if they can add a defenseman like Josh Manson, they should be a contending team, but if they don't they will stay as a borderline playoff team.

Why Montreal Canadiens Should Consider Rebuilding

The Montreal Canadiens are a borderline playoff team with an aging core and many overpaid veterans,

so the best thing for them to do is rebuild through the draft to build a contending team again. This is how I would rebuild the Montreal Canadiens 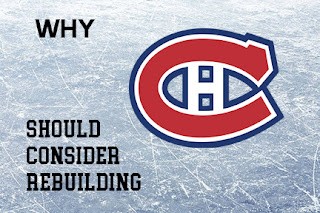 At the 2022 Trade Deadline, two trades are made:

Jonathan Drouin improves the scoring for the Panthers, while the Canadiens add more depth to the lineup with Denisenko and Acciari.

The Canadiens also trade Ben Chiarot to the Minnesota Wild for 2022 2nd round pick.

The Minnesota Wild beef up their defense for the playoff run, while the Canadiens add an additional 2nd round pick.

The Montreal Canadiens miss the playoffs in the 2021-22 season and end up with the 14th pick in the draft.

The Canadiens ship Lehkonen and Edmundson to the Capitals for a few drafts picks.

The Montreal Canadiens draft a bunch of solid prospects that should be an important part of the team in the future.

Montreal Canadiens miss the playoffs again in the 2022-23 season and end up with the 11th pick in the draft.

Before the 2023 Draft, two major trades are made:

This is a win-win trade for both teams because the Blue Jackets get a Top 4 defenseman in Jeff Petry, while the Canadiens get a 1st round pick.

They also trade Mike Hoffman to the Vancouver Canucks for a 2023 2nd round pick.

The Canucks get a top 6 forward, something they are in dire need of for a 2nd round pick.

Dalibor Dvorsky and Kallan Lind should be important of the Canadiens core in the future.

At the 2024 Trade Deadline, a huge blockbuster trade is made:

The Sharks get their starting goalie in Carey Price, while the Canadiens get Timo Meier and Ryan Merkley, two really solid players, Adin Hill, and a 2024 1st round pick.

Montreal Canadiens finish the 2023-24 season with the worst record in the NHL and win the draft lottery.

Montreal Canadiens re-sign Adin Hill to a 3 yr deal worth 2 million per season.

Montreal Canadiens trade David Savard to the Vancouver Canucks for 2025 2nd round pick.

The Canadiens have two young studs on the blue line ready to step in on the ride side of the defense, so that makes David Savard expandable.

The Canadiens get a top 6 winger in Clayton Keller that helps boosts the scoring for the Habs.

By the 2024-25 season, the Montreal Canadiens have put together a contending team: 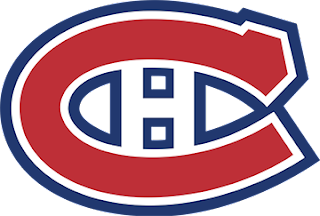 This is an up-and-coming team that should dominate the league for a long time.