What Winnipeg Jets Need to do this Offseason

The Winnipeg Jets are a team that is no man's land right because they aren't good enough to contend yet they aren't bad enough to be in the lottery. So what they should do is trade away some of their veterans for prospects and picks to start the rebuild. This is what the Winnipeg Jets need to do this offseason. 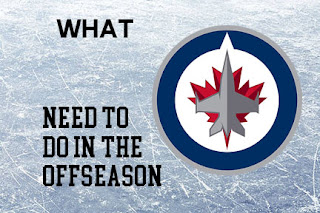 This is a win win trade for both teams, and it gives Blake Wheeler a chance to go win a Stanley Cup.

Mark Scheifele is traded to the Anaheim Ducks for Isac Lundestrom, Jacob Perreault, 2022 1st round pick.

This trade helps improve both teams significantly, and helps the Jets rebuild quickly.

Adam Lowry, Nate Schmidt are traded to the Dallas Stars for Ty Dellandrea, a 2022 2nd-round pick.

The Jets unload Nate Schmidt and Adam Lowry's contracts for Ty Dellandrea and a 2nd round pick.

Brenden Dillon is traded to the Detroit Red Wings for 2022 2nd round pick.

The Jets don't need Brenden Dillon anymore, so he is dealt for a draft pick.

The Winnipeg Jets draft 2 centers, 4 wingers, 4 defensemen and 1 goalie in the 2022 draft 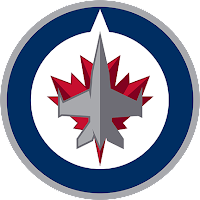 With the moves made here, the Winnipeg Jets have quickly rebuilt the team and perhaps may contend as soon as 2023-24.