What Edmonton Oilers need to do in the Offseason

The Edmonton Oilers reached the Conference Finals this year, which shows progress, but they still have lots to improve on and not too much cap room. The Objective for the Oilers this offseason should be to move some of their higher-paid veterans and acquire a goalie. This is what the Edmonton Oilers should do in the offseason. 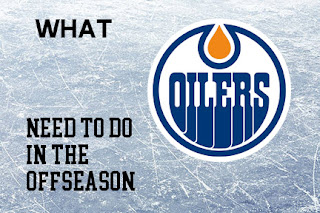 This is a good trade for both teams, as it gives both teams what they need and all players involved get a change in scenery.

The Oilers also trade Kailer Yamamoto to the Nashville Predators for Luke Kunin, 3rd round pick '22.

The Oilers might not be able to afford Kailer Yamamoto, so they ship him off to the Predators for Luke Kunin and a draft pick

Tyson Barrie is traded to the Seattle Kraken for 2nd round pick '22.

This could end up being a steal for the Kraken as Barrie is a player who had more than 40 points the last two seasons, to get him for just a 2nd round pick is a steal, but Edmonton needs the cap space.

The Oilers dump Zack Kassian's contract by including their first-round pick from this year, while also getting Jake Allen and Montreal's 2nd round pick back, this is a fantastic trade for both sides.

Mike Smith is traded to the Arizona Coyotes for 5th round pick '22.

Since the Oilers are retooling their goaltenders, they trade Mike Smith to the Coyotes for a draft pick.

The Oilers didn't have much to work with in terms of draft picks, but they make the most of it and added some much need depth to the farm system. 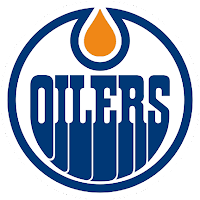 Although the goaltending and defense is still not ideal, this is the best you can do given the cap situation the Oilers are in this offseason.