What Anaheim Ducks Need to do this Offseason 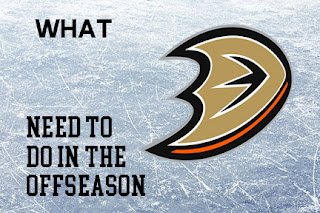 The Ducks get a massive haul in exchange for John Gibson, which sees them get a top goaltender prospect, a really good young player in Dylan Cozens, Jacob Bryson, and the 16th pick in the 2022 Draft.

This trade is more about moving Henrique off the roster so their young players can get more ice time next season.

Jacob Silfverberg and Kevin Shattenkirk are traded to the Carolina Hurricanes for Martin Necas and Ethan Bear.

This is a good trade for both teams because Anaheim wants to move their veteran players, while Carolina can use players like Silfverberg and Shattenkirk.

Anaheim also trades Max Jones and Derek Grant to the Florida Panthers for a 2022 5th round pick and a 2023 7th-round pick.

The Ducks move some more players off their roster for some draft picks.

The Anaheim Ducks have built a great young team, they might not make the playoffs next season, but for sure can be contenders in two to three years.