How Columbus Blue Jackets can be a Contending Team This season

The Columbus Blue Jackets have quietly put together a dangerous team and depending on the development of their young players and what other moves they make, they could make a push to be contenders this season. This is how the Columbus Blue jackets can be a contender this season. 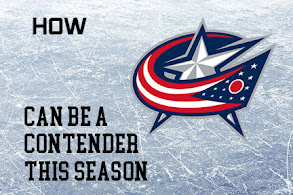 At the Trade Deadline, a few trades are made

This trade works out for both teams, as both Nyquist and Hoffman could use a change in scenery, and Edmundson would be an upgrade on the blueline over Gavrikov. Montreal also gets Liam Foudy for taking on Nyquist's bad contract.

Derek Grant is a great depth piece to have on the team for a contending team.

This is a cap move that will save the Blue Jackets 1.9 million in cap space, and Montembeault is a UFA after this season, so if it doesn't work out, they don't have to re-sign him.

This is how the lineup looks like after the trade deadline

This team is young but in the second half of the season, they might surprise some people and be able to make the playoffs in a tough division.