HOW EDMONTON OILERS CAN WIN THE STANLEY CUP

The Edmonton Oilers are in utter disarray right now, after getting off to a hot start to the season. As the season has progressed, the team's weaknesses have been exposed more and more and if they don't fix them, they won't make the playoffs at all. This is what the Oilers have to do to make the playoffs and potentially win a Stanley Cup. 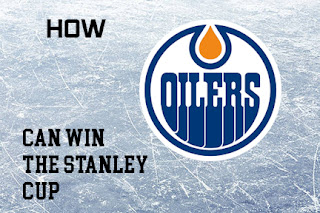 1. Goaltending has not been good

The Goaltending situation for the Edmonton Oilers has not been stable to say the least. Mike Smith has been constantly hurt, so Mikko Koskinen has been the starter for most of the season, and he has proven to be quite inconsistent from game to game. In 20 appearances, Koskinen has a 3.19 GAA and .900 SV%, and Stuart Skinner started 10 games as well, with a 2.70 GAA and .916 SV%. If Mike Smith is going to be constantly hurt this year, the Oilers will definitely need to make a trade for a veteran goalie because Koskinen isn't going to get the job done.

Although the Oilers have of the two top 5 players, and they do get some scoring from Ryan Nugent-Hopkins, Zach Hyman, Jesse Puljujarvi, they really don't get much scoring from anyone else in the lineup. If they are to make a deep playoff run, they will add to add more depth scoring, since that is essential to a deep playoff run.

With the slew of Injuries and COVID-related issues that the Oilers have had on defense, it has shown a glaring weakness on defense, and that is that they really don't have enough depth if one of their defensemen go down with an injury. The Oilers defense should try to add a veteran defenseman on the back end to strengthen the D core; it will help if the Oilers make a deep playoff run.

Edmonton Oilers make a three-team trade with the LA Kings and Arizona Coyotes, which sees the Oilers pick up three players: Jonathan Quick is a proven veteran goalie with playoff experience, and he will definitely increase their chances of making a deeper run. The Oilers also add some depth players in Riley Nash and Christian Fischer, who add some toughness and grit to the lineup.

Evander Kane may be a headache off the ice, but he is ultra-talented and he would be an excellent fit alongside either McDavid or Draisaitl.

The Oilers add some depth scoring in the form of Jake DeBrusk, as well as a depth defenseman in Connor Clifton.

Potential Lineup with everyone healthy: 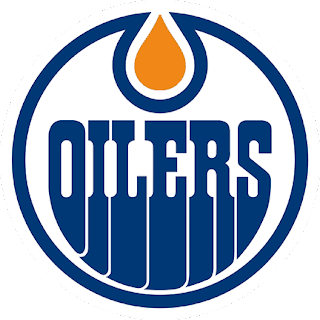 With this lineup, the Edmonton Oilers have assembled a team that has a better chance at making a deep playoff run this season, at a shot at Lord Stanley's.