How LA Kings can become a Legit contender in THREE Years

The LA Kings have a great young core now, but they aren't quite ready to be contenders yet. However, if they make the right trades, and draft correctly in the coming years, they could be. This is how the LA Kings can become a legit contender in three years 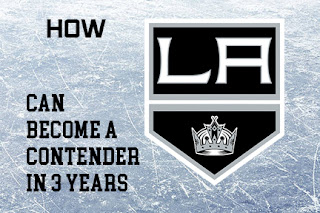 At the 2022 trade deadline, a few trades are made:

This is a win-win trade for both sides; the Wild gets a veteran forward in Dustin Brown, who has plenty of playoff experience, while the Kings get a prospect and a conditional 2nd round pick, that could become a 1st round pick.

This is basically two trades in one; first, you have an Olli Maatta for Vladislav Gavrikov swap, which is pretty even; then the Blue Jackets get a 2nd line center in Kempe for Robinson and a 2nd round pick.

Alex Edler, Andreas Athanasiou get traded to the New York Islanders for Sebastian Aho and a 2022 2nd round pick.

The Islanders need to replace Nick Leddy on the 2nd pair and Alex Edler would be a solid fit for the team; on the flip side of the trade, the Kings get a defensive prospect and a 2nd round pick.

The Wild made the playoffs in the 2021-22 season, so the Kings will get their 1st round pick.

LA Kings re-sign Cal Peterson to a 3 yr deal worth 2.8 million per season.

Vladislav Gavrikov is re-signed to a 3 yr deal worth 2.8 million per season

At the 2023 Trade deadline, the LA Kings make one major trade:

This is a fantastic trade for Detroit because they get a proven goalie in the Playoffs in Jonathan Quick, while the Kings get Kaden Fulcer and a draft pick.

The LA Kings miss the playoffs again in the 2022-23 season, finish with the 7th worst record in the league. Unfortunately, the Kings fall two spots in the draft lottery and end up with the 9th pick in the draft.

In Free Agency, LA Kings sign Fredrik Andersen to a 2 yr deal worth 4.5 million per season.

The LA Kings have a breakthrough season and make the playoffs, but lose in the first round.

After the season, two major trades are made:

The Devils get two top 6 wingers and a top 6 defenseman, which really bolsters the overall depth, while the Kings get two young players in Sharongovish and Boqvist, as well as a 2nd round pick.

This is a win-win trade for both teams because the Kings get Rasmus Sandin and Rodion Amirov, who are very good young players, while the Leafs get Rasmus Kupari, a top prospect, Michael Anderson, and a 1st round pick.

By the 2024-25 season, the LA Kings have assembled a dangerous team: 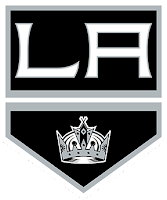 This is not only a contending team for the upcoming season but for the foreseeable future.